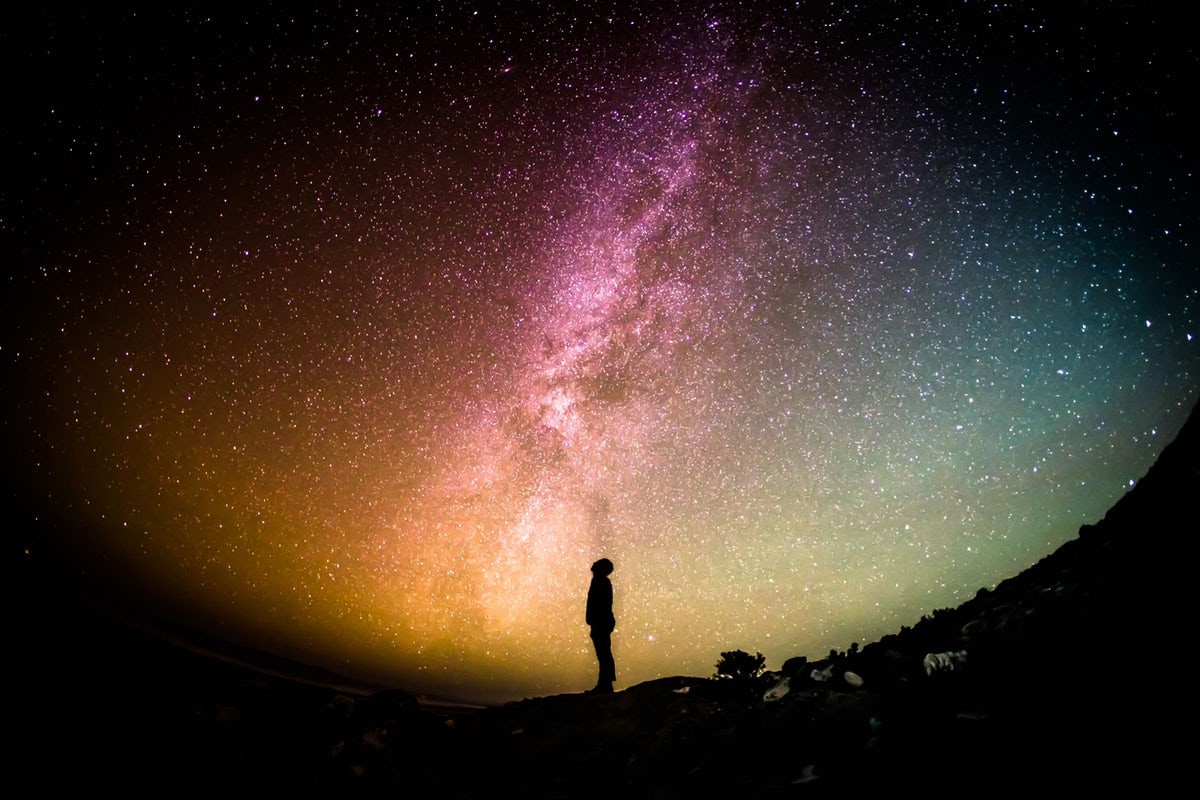 Seeing in the dark

One night a house caught fire and a young boy was forced to flee to the roof. The father stood on the ground below with outstretched arms, calling to his son, “Jump! I’ll catch you”. He knew the boy had to jump to save his life. All the boy could see however was flame, smoke and blackness. As can be imagined, he was afraid to leave the roof. His father kept yelling: “Jump! I will catch you”. But the boy protested, “Daddy I can’t see you”.

His father replied, “But I can see you and that is all that matters.”

For that boy, all that actually mattered (but it didn’t feel remotely like this at that moment) was that his dad was:

The interesting thing about that story is that the boys sight was not a factor at all in whether he should or should not jump. The fathers trustworthiness and capability didn’t depend on the boy’s sight.

The boy longed for the sight of his dad to give him the assurance and confidence that he needed to jump. But his dad was effectively asking his son to trust him. He was not asking for a blind confidence. Even though his precious boy could not see him, the son knew his dad. When that boy jumped into the darkness, he was trusting in his father who he knew but (in that moment) couldn’t see.

“Faith is confidence in what we hope for and assurance about what we do not see.” Hebrews 11:1

In recent weeks I have lost the ability to speak comprehensibly. That might not sound that traumatic, I love silence as much as anyone. But I didn’t realise how awful it would be in the context of not being able to do anything for myself. I hadn’t realised how dependent I had become on my voice to function with the help of carers. It’s very frightening when your need help because you cannot move and you discover people are looking at you helplessly because they cannot understand what you are saying. This is honestly not a ‘poor me’ blog post. I just wanted to share why I have had a crisis of confidence (con fides, ‘with faith’) in the last few weeks. I have not been able to see a way through. I have felt like that boy on the roof.

So I am posting this blog to remind myself that my way through this situation doesn’t depend upon my sight. And not because my faith is like a blind leap in the dark – even though it feels like that right now at times of fear and despair – but because I know my Father in heaven and I know that He is trustworthy and capable to catch me.

How do I know that? Because when Jesus the Son of God (words spoken by a previously disinterested centurion who saw how he died) jumped into the utter darkness of death and hell on Good Friday, he was caught in the loving and trustworthy arms of the Father who raised him up to life on that first Easter Sunday.

And when I am tempted to wonder if my faith is in vain. That I don’t know for sure what happened 2,000 years ago. I am reminded that my faith is not just in an historical event (although without the resurrection everything would be in vain), it is based on a relationship with God that I cannot see but is no less real for that. The boy on the roof could not see his dad but he heard him calling to him and he knew what his dad was like after years of life with him. That relationship doesn’t depend upon my sight but on God’s presence, and I don’t need the words of faith with which to pray: “the Spirit you received brought about your adoption to sonship. And by him we cry, “Abba,Father.” … We do not know what we ought to pray for, but the Spirit himself intercedes for us through wordless groans.”

The relationship is ours in Jesus because he first jumped into his Father’s arms. On the Cross Jesus was like that boy on the roof. For the first time in his life Jesus could not see the Father; the smoke and darkness of our sin which he willingly took upon himself in our place temporarily hid the Father from view. But in his death, Jesus chose to jump in to the arms of the Father. He chose faith (in the trustworthiness and capacity of the God the Father to catch him and raise him up) over fear and doubt. Fear and doubt are very real temptations and Jesus was not immune from the temptation to see the darkness rather than his Father in heaven. But even his cry of dereliction is a cry of faith “My God, my God, why have you forsaken me?”  Jesus shows me that I don’t have to understand what is happening or see a way through. I just have to hold on to the knowledge that there is a God and He will catch me in his love and raise me, because Jesus jumped first and made a way through when I cannot see one. “Faith is confidence in what we hope for and assurance about what we do not see.”

I spoke about this situation I find myself in today back in 2011. Maybe God knew that I would need to hear this one day too